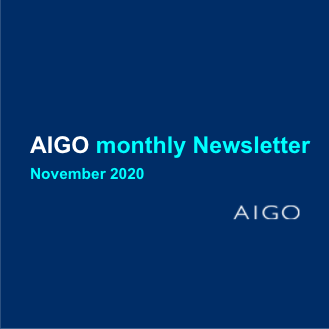 AIGO and Travel Consul launched an update of its global survey on COVID-19 impact over the tourism industry. The survey features answers from over 1.000 tourism professionals in over 20 markets. The results showed that tourism professionals are still facing a crisis (with high rates of cancellations or postponements to 2021, 71% and 46% respectively) and are still depending on Government aid with over 60% of them expecting an over-60% loss in the Q1 of 2021. 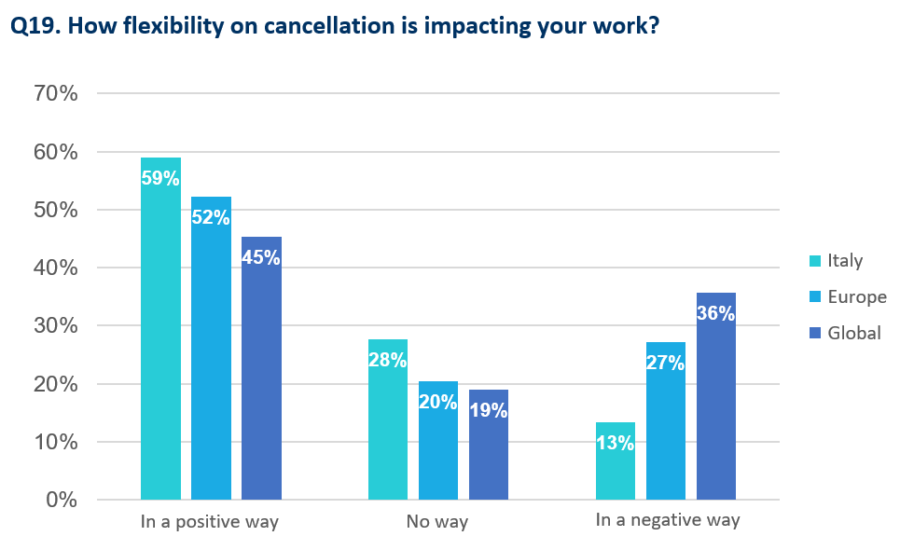 To fight back and to implement the new trends of post-pandemic travelling, tourism professionals are gradually reducing the importance of online formation and focusing more and more on new business models, with a key role for the cancellation policies, whose flexibility became crucial in this uncertain period: 59% of respondents affirmed its positive impact in the Italian market, while the postponement of the trip remains the most popular choice (74% for Italy). New evaluations have been introduced by travellers when looking for a destination for their trip, and the Government management of the pandemic is the most considered aspect for 68% of respondents; also on the trade side, 65% of Italian respondents expect Tourism Boards to provide with health certifications to prove the safety of their destinations, while 49% reiterates the importance of sharing precise information on local situation and measures.

Another important trend is the growth of domestic tourism (for which 22% of the respondents observed an over-40% growth).

Vision TTG 2021 by IEG, the research that traces the consumer trends of the future, has shown what the 5 new trends in the travel sector will be, once the health emergency is over. Space for responsibility, i.e. the desire to minimize the negative impact of travel by paying attention to what will be the most “ethical” brands, and wellness in a scientific sense: travel will help even more than before to regenerate and acquire a healthy lifestyle. There is also room for the idea of the bubble community (pre-established group trips between people who share the same interests and lifestyles) and the hyper warranty, the idea that every step of the experience must be safe and somehow traced (an area in which the experience and expertise of the brand will dominate). Last but not least is the trend linked to new currencies, which will allow, through a new eco-sustainable and traceable economy, to enhance new local economies and consequently new territories. Read more

The Maldives Ministry of Tourism launched “Maldives Border Miles”, the first loyalty programme for those who choose to travel to the destination. The programme has three levels (Aida, Antara and Abaarana), each one with increasing benefits and rewards depending on the length of stay and the number of trips. The aim is, once the current crisis is over, to relaunch tourism to the Maldives and start from where it left off, with a 2019 record that has brought as many as 1.7 million tourists here. Read more

The Canary Islands have been deemed safe to travel by the British and the German governments. This means that British and German citizens, starting from October 24th, can now travel there without having to stay in quarantine on their arrival and on their return home. The islands had, since October 9th, a special regulation that let them create such travel bubbles, doing swabs to tourists both before leaving the original destination and again once landed. Read more

Not only the Canary Islands are involved in the travel bubble policy of the British Government: British citizens can also travel to the Maldives, Mykonos and Denmark without having to stay in quarantine once their trip is over. Jet2 and TUI have already reopened their operations in the Canary Islands, while other European countries are willing to gradually reopen their routes to such traditional holiday destinations. Read more
Brand Usa is getting ready for the start of a new post-pandemic travel season between 2021 and 2022, by strengthening its relationship with travel agencies, as these are the ones that will have to encourage new bookings and answer to the consumers’ worries. The plan is to focus mostly on webinar and other formation tools, boosting at the same time the inspirational side of the communication. Read more

In August 2021 the historic headquarters of the Touring Club in Milan, in Corso Italia, will become the new Radisson Collection Hotel Palazzo Touring Club. Despite the changeover to a 5-star hotel, the palace will keep its identity linked to the world of travel, which many Milanese have been able to appreciate in its more than one hundred years of history. The most iconic rooms of the palace (including the marvellous bookshop) will remain clearly recognisable and the figure of the “TCI ambassador” will be introduced, a member of the Touring Club able to inform guests about the novelties and ongoing initiatives of the institution. The courtyard and the restaurant will continue to be accessible to the outside. Read more
Marriott International announced a new Marriott Bonvoy programme that offers members the opportunity to work wherever they are, thus meeting the needs of those who are juggling smart working and distance learning, helping them fight monotony and boredom. Day Pass, Stay Pass and Play Pass formulas have been designed as flexible options, whether guests are looking for an alternative place for online activities to live during the day, or with a late check out the next day, or even take a multi-day trip combining work and free time. Read more

La Mamounia, the legendary Marrakech hotel, reopened on October 16th after undergoing a long restyling process. The hotel now has a new salon de thé and also the Churchill bar has been deeply renovated: it can now seat only 20 people, to give an intimate and warm atmosphere during the traditional caviar tastings. The rooftop has been turned into a lounge, where a resident DJ will play chill music daily, and the poolside, the Pavillon de la Piscine, now features new food tasting spots. The wine cellar, that has over 2,000 rare bottles, has now an exclusive 12 seat table. Read more

Brøchner hotelslaunched a new program called GO LOCAL, in order to help local businesses in Copenhagen. The guests will be invited to discover the city in a new and unusual way, with special experiences. exclusive discounts and other benefits that will boost local tourism and local commerce. GO LOCAL currently has over 30 partners among restaurants, cafés, cultural institutions and shops. Read more

Omio travel platform launched the “Adopt Bergamo” initiative, to support one of the cities most affected by COVID-19 emergency and stimulate the resumption of tourism to Italy and one of its most characteristic cities. Adoption is part of the “The Little Things” campaign, which invites to rediscover a new kind of tourism based on proximity and authentic experiences, but also consists of concrete economic support. For every travel booking to Bergamo made through the app, Omio will donate a percentage to the Fondo di Mutuo Soccorso (Mutual Aid Fund), the city of Bergamo’s emergency fund to help families and businesses in difficulty. Read more

Wizz Air opened its third Italian base in Bari, after Milan Malpensa and Catania. The Bari airport will now have three new domestic routes to Bologna, Turin and Verona, while the flights to Milan Malpensa will grow from 7 a week to 11 a week. Bari now has 19 Wizz Air connections to Italy and other major European cities. Read more

Ego Airways should be the newest among Italian airlines. It has already started the paperwork to be certified as an official airline and it will base its operations in Milan Malpensa, with a fleet made of three-class Embraer 190. The President will be Pierluigi Busca, already known for being the founder of the pharmaceutical company Doppel. Read more
China Airlines and Eva Airlines, both based in Taiwan, were able to close the second 2020 quarter with profits, despite the global aviation crisis. This is due to their decision to invest in cargo routes, which flew nonstop during the pandemic. China Airlines had a 96.1 million dollar profit, while Eva Air had a 6.43 million dollar profit. Read more

Nine Italian tour operators (Alidays, Go World, Guinness Travel, Idee per Viaggiare, MSC Crociere, Naar, Nicolaus-Valtur, Quality Group and TH Resorts) joined forces to launch TOgether, a newborn pool which, through shared commercial and promotional actions, wants to relaunch one of the sectors most affected by the emergency, that of tourism. The relaunch of the market will also involve a simplification of the relationship with distribution, since the agencies will have to deal with policies, services and initiatives common to the whole group. Read more

Kkm Group launched Enjoy Destinations, a tour operator that, starting next spring, will focus on unconventional and exclusive experiences, mostly devoted to the luxury market segment, that will help tourists live the destination like a true local. Among the first proposals, there are cosplay trips to Japan, heliski adventures in Canada or a stay on a private island in the Philippines. The first markets to be considered, see the previous experiences of the group, will be in the Maldives, in Spain and Portugal. Read more

Harley Davidson, the well known American motorcycle manufacturer, keeps investing in the electric future, launching its first e-bike. The Serial 1 will be made by the Serial 1 Cycle Company, a special branch of Harley Davidson, and will be available in spring 2021. This is not the first time the company launches an electric product, as last year they introduced the Livewire, their very first electric motorcycle. The revenues in the electric bikes sector were over 15 billion dollars in 2019. Read more

This year’s edition of the Lucca Comics & Games, one of the most important Italian exhibition for cosplayers and comic lovers, was held entirely online for the first time. Despite this setback, the organization was still able to invite some important names of the scene, who spoke to their virtual audiences through Youtube and live streaming from the official website of the exhibition. Read more

While people are waiting to travel again, Great Britain went on with its traditional Landscape Photographer of the Year, hoping to inspire people to travel and discover the country when the pandemic will be over. The contest is in its 13th year and was open to all photographers, both professionals and amateurs. Both rural and urban landscapes were among this year’s winners. Read more 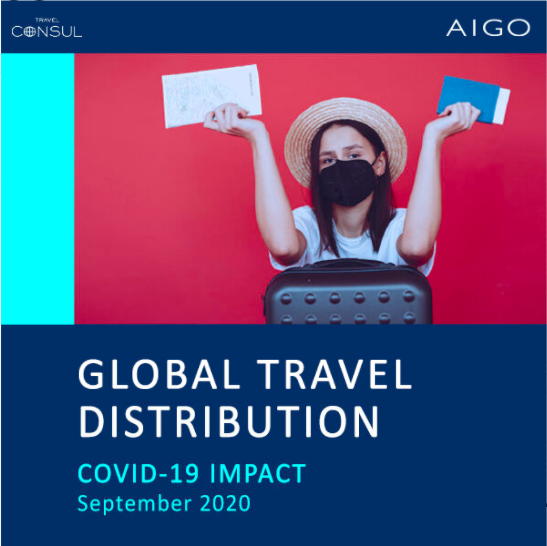 The impact of Covid-19 on travel distribution – September 2020

Over 1,000 tour operators and travel agents across the main markets participated in the survey, which ended on September 28th.