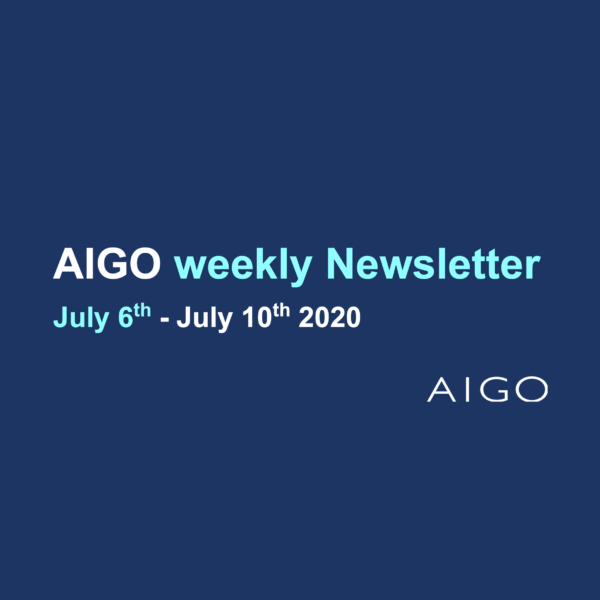 Following the DECREE LAW N. 33 of May 16th 2020 and the Prime Ministerial Decree of May 17th 2020, as of 3 June, travel to and from the following countries is freely permitted for any reason and it is no longer applied the health surveillance and fiduciary isolation for 14 days, unless people coming from these countries have stayed in different countries during the 14 days prior to entering Italy:

Following the Order of the Minister of Health on June 30th 2020, it was also stipulated that from July 1st to 14th 2020, the entry into the national territory of third-country nationals legally resident in the following states and territories is permitted (without travel justification): Algeria, Australia, Canada, Georgia, Japan, Montenegro, Morocco, New Zealand, Rwanda, Serbia, Republic of Korea, Thailand, Tunisia, Uruguay. For nationals of third States residing in these 14 States, however, the obligation of health surveillance and fiduciary isolation continues to apply in Italy in the manner set out in Articles 4 and 5 of the Prime Ministerial Decree of June 11th 2020.

On July 9th, the Minister of Health signed a new Decree blocking arrivals in Italy from 13 countries: people who in the previous 14 days have stayed or transited in Armenia, Bahrain, Bangladesh, Brazil, Bosnia and Herzegovina, Chile, Kuwait, North Macedonia, Moldova, Oman, Panama, Peru, Dominican Republic will not be allowed to enter or transit Italy. Moreover, in order to ensure an adequate level of health protection, direct or indirect flights to and from the mentioned countries are also suspended. More info

Airport transit is allowed: those who enter Italy by air can take, without leaving the airport, another aircraft to any national or international destination.

Additional information is available on the Farnesina website here.

*The openings of the borders  are intended without quarantine period at entry.

Enit carried out a telephone survey on a sample of almost 4 thousand Italian individuals to understand who will be the tourists in summer 2020: it is mainly men who are the Italian holidaymakers this year (56% of cases), who are between 36 and 55 years old (40%). Graduates (45%) will go on holiday, while only 23% of graduates will have a well-deserved rest. More than half will organize family trips (54%) and only 38% in pairs. 23.7% of pensioners will not give up their holidays, followed by office workers (23.6%), workers (15%) while only 5.4% are managers and 4.2% are freelancers.

The mood towards the present economic situation is mostly positive (39%) and neutral (37%), while a lower percentage of 24% is negative.

Reservations are slowing starting again, but the desire for Italy remains very high on the net: from March 18th to June 28th there are a total of 837,2 thousand mentions – of which 68,3 thousand appeared on the web and 768,9 thousand from social networks – which produced 227,1 million interactions.

NEWS FROM THE WORLD 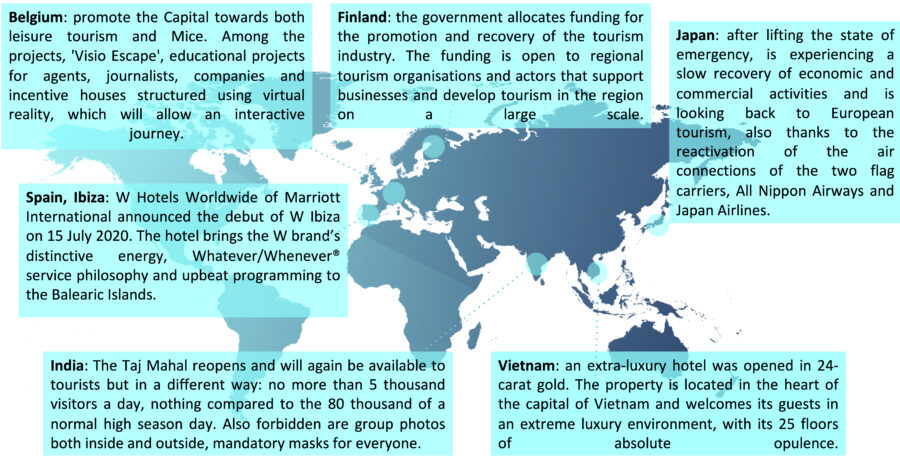 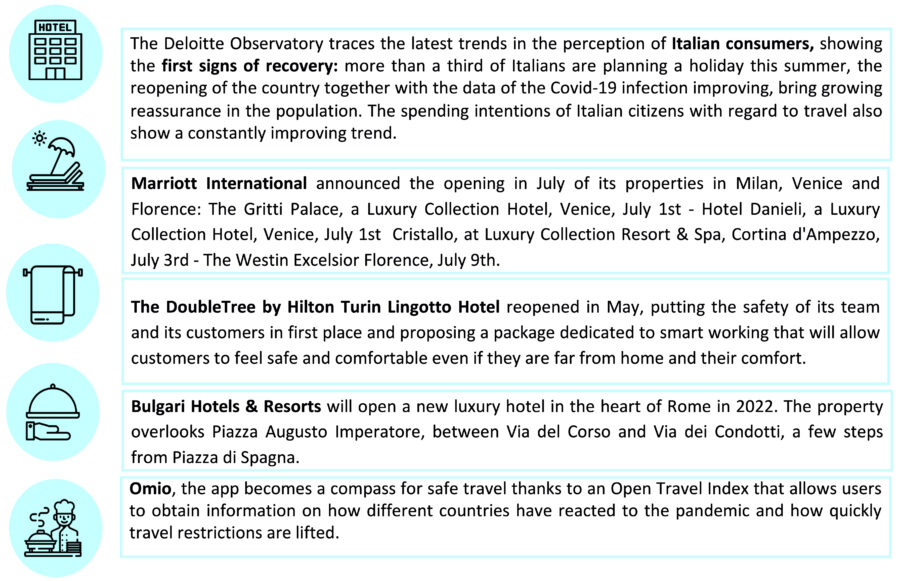 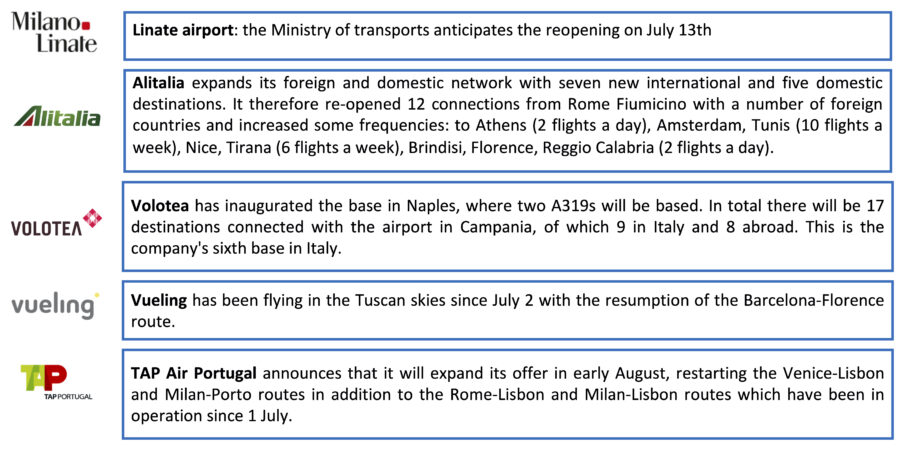 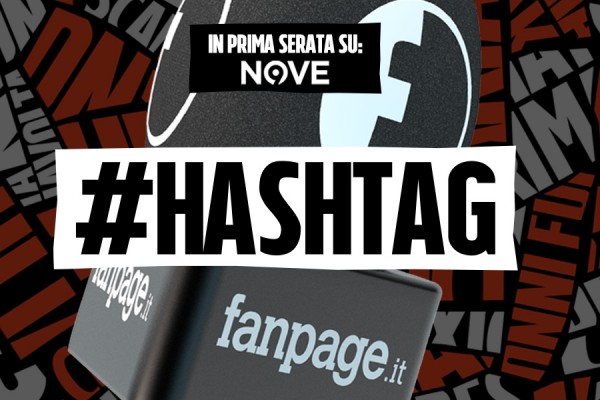 Fanpage.it makes its television debut with #Hashtag: 10 30-minute episodes aired on Nove channel. Body shaming, gender inequality, racism, homophobia and more are the social issues that #Hashtag, the format aired on Nove produced by Ciaopeople for Discovery Italia, wants to address in an innovative way stimulating the audience to reflect and encouraging mutual respect.

The water brand S.Pellegrino launches the #SupportRestaurants movement to help catering with concrete actions in this difficult period, supporting Italian restaurants in a tangible way, providing one million euros in free products.

The Louvre in Paris reopens in a new version: reduced number of entrances and all precautions to avoid any risks to visitors, starting with the Mona Lisa room, which has always been the most crowded one and where strict safety regulations must now be respected.

This website uses cookies to improve your experience while you navigate through the website. Out of these, the cookies that are categorized as necessary are stored on your browser as they are essential for the working of basic functionalities of the website. We also use third-party cookies that help us analyze and understand how you use this website. These cookies will be stored in your browser only with your consent. You also have the option to opt-out of these cookies. But opting out of some of these cookies may affect your browsing experience.
Necessary Always Enabled

Any cookies that may not be particularly necessary for the website to function and is used specifically to collect user personal data via analytics, ads, other embedded contents are termed as non-necessary cookies. It is mandatory to procure user consent prior to running these cookies on your website.