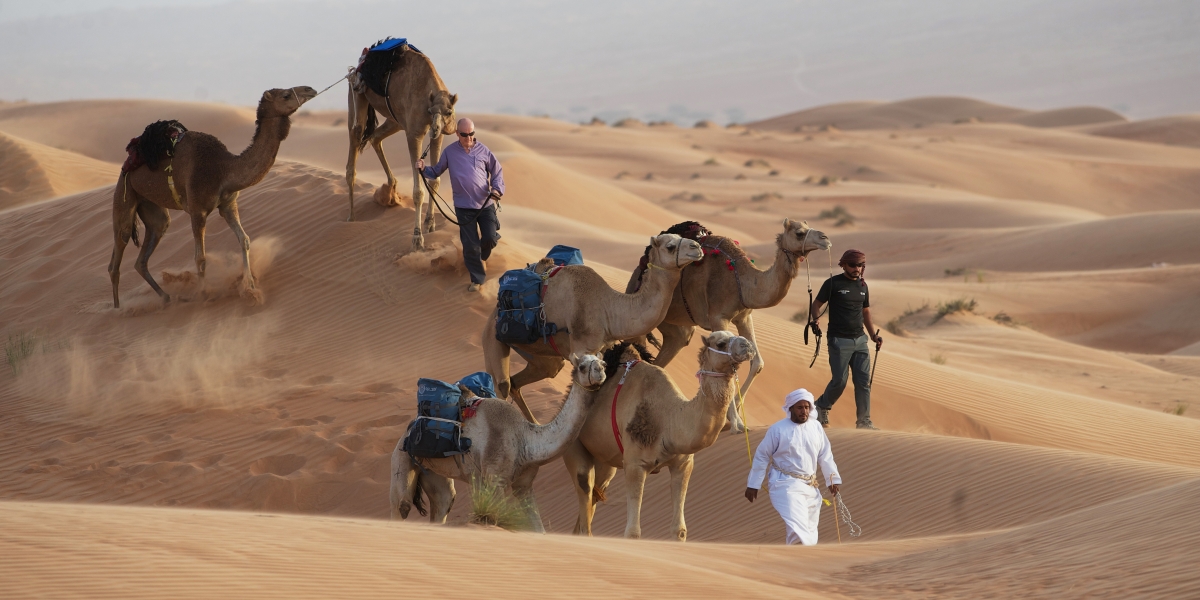 Crossing the Empty Quarter Expedition, the first to cross the Rub’al Khali desert since the 1930’s

Eighty-five years since the first expedition in 1930, the Sultanate of Oman launched the Crossing the Empty Quarter Expedition journey, which crosses the legendary Rub’al Khali desert, will see a group of explorers take on a journey attempted only once in the history of the Sultanate. They are crossing the dunes of the most inhospitable desert of the world on foot and by camel, retracing the footsteps of the first explorers who underwent the trip years ago.

The team, composed of the two Omanis Mohammed Al Zadjali and Amour Al Wahaibi and by Britain’s Mark Evans, left Bait Mirbat Salah on Dec. 10, 2015 to undertake a trip of 1,300 kilometers. They plan to reach Doha in Qatar by the end of January 2016.

The initiative, supported by the Sultan, His Majesty Qaboos bin Said, hopes to inspire new generations of young Omanis to persevere, to have a strong will and a great team spirit. 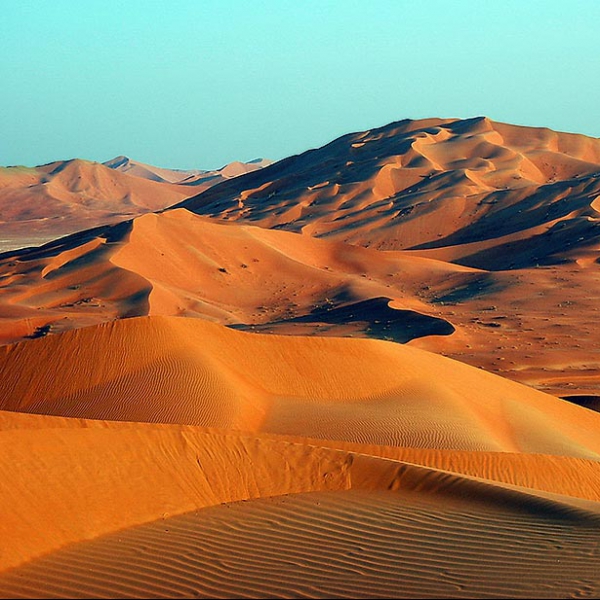