Mount Gay Round Barbados Race Series, the most important nautical event of the destination, back from 16 to 24 January 2016. The race, organized by Barbados Cruising Club in collaboration with Barbados Tourism Marketing Inc. and Mount Gay Rum, is the 80th edition and marks the official start of the celebrations for the 50th anniversary of Independence of Barbados, which will take place throughout 2016.

The race is one of the key events of sailing in the Caribbean with three exciting days of competition along the coast – the Coastal Racing Series, the Mount Gay Rum Round Race around the island, main event that is held by tradition on January 21 (the day of national holiday in the destination) and the Ocean Race, crossing the open sea up to Antigua.

During the race days, everyone can participate at the numerous festivals where the Mount Gay rum , the world’s oldest, will be the protagonist: do not miss the Welcome Party at the Barbados Cruising Club on January 16th and the post-race party scheduled every night. January 20th, it will possible to participate in a tour of the Mount Gay Rum distillery.

In the occasion of the 50th anniversary of Independence of the island, Barbados Tourism Marketing Inc. has partnered with Team British Concise, specializing in competitions on the high seas: 3 boats will be branded “Ms BARBADOS” during the winter and will be based in the capital Bridgetown.

The first race on the coasts of the island was in 1936, when challenged 5 schooner trading to determine which was the fastest. Sea Fox was the winner and the slowest ship went as a consolation prize a barrel of Mount Gay. Today, the rewards go to those who can beat the speed record of previous editions and the winners receive an amount of Mount Gay Rum equal to the height skipper. 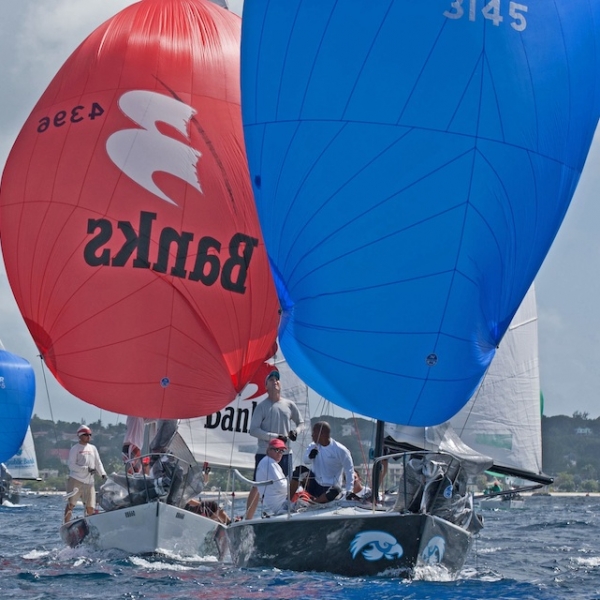